It’s been an interesting couple of weeks since part one of this critique of Britt Marie Hermes Change.org petition was authored. She seemed genuinely rattled by a single blog post, while not addressing a single point that was brought up in the original article. It seems instead of talking facts, she’d rather play a game of insults. That’s not the way this works. We’re talking evidence and data.

Up to this point in time no one had called her out on her misrepresentations, lies, and exaggerations. This was probably out of fear. Mrs. Hermes and her followers have been harassing N.D.’s on social media and even personally. Most N.D.’s have practices with public faces that are an easy target for harassment. That fear of harassment isn’t unwarranted. Here is an email sent to this blog from one of her supporters: 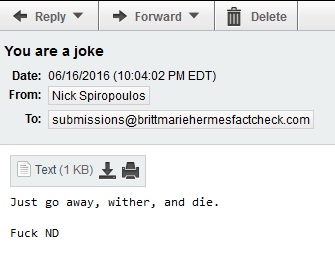 That’s what I call reasonable debate! The coward who wrote that has ties to the sciencebasedmedicine.org site that originally promoted Mrs. Hermes and continues to promote her work.

If you missed the first post on Britt Marie Hermes’ Change.org petition, it’s worth a read, but here is a summary of the key points.

Four things are clear from going over the citations:

I’ll explore these points in further detail below:

That’s it for the primary citations. Cherry picking at its worst. Skip to the last part of this article for the much stronger primary research on naturopathic medicine she intentionally left out. 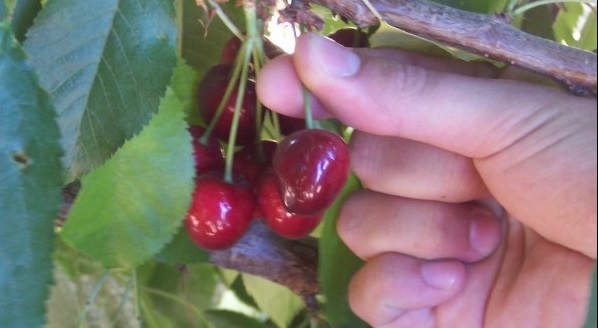 The rest of her citations are blogs. Anyone can post a blog. It’s not peer reviewed before being published, and the selection of blogs and other secondary sources Mrs. Hermes cites shows an obvious bias.

Palmer, Brian. (2014). Quacking All the Way to the Bank: Naturopaths are winning insurance coverage for medical nonsense. Slate.

4 citations from sciencebasedmedicine.org. This is the blog which “debuted Mrs. Hermes”, and from which I got the lovely email that told me to “crawl into a hole and die. Fuck ND.” Their agenda is purely anti-CAM and anti-science. Science looks for truth through objective testing. Naturopathic medicine when looked at under this lens shows that it works.

The last 3 being herself as the “source”.

Mrs. Hermes heading for all of this is “data and expert opinion”. The lack of understanding of what can be considered data and “expert opinion” hints at why she was an unsuccessful practitioner. This author is familiar with the research community and if she was to present a similar list of citations, in the guise of being objective, for a research paper she would summarily be failed and kicked out of the program.

The primary research that was left out

Included is also a cost effectiveness analysis of one of the trials.

The journals that 3 of the RCTs are published in, PLos One, and CMAJ (Canadian Medical Association Journal), are both top quality journals. In order to be published the research has to be reviewed by a team of medical doctors for a number of quality factors. They look at the methodology, they look at the data collection and analysis, they look at the conclusion to see if it makes sense based on the data. All of these studies passed muster and were publushed.

Here is the primary research on naturopathic medicine that Mrs. Hermes conveniently omitted:

All of these studies show that naturopathic medicine is both safe and effective. All are randomized, the strongest type of trial. CMAJ. PLos One. – peer reviewed, highly respected journals. A future post will talk further about these randomized trials and what the data shows.

You can’t claim to be “science based” and then ignore the science that you don’t agree with. That’s practicing anti-science medicine just for the sake of being right. Mrs. Hermes would be kicked out of her master’s program if the citations list for her masters thesis looked anything like the one she included in her change.org petition – citing herself, omitting data that doesn’t support her agenda. It’s a poor attempt at a smear campaign.

This change.org petition has been the culmination of a year of effort to slander and discredit the profession while trying to build a “personal brand” as an expert on Naturopathic Medicine. With a little work Mrs. Hermes motives become clear. Instead of engaging in reasonable discussion on facts and data she would rather engage in slander, insults, and name calling . She continuously uses the words pseudoscience, and quackery to a comical effect. It shows she absolutely has an agenda and isn’t willing to objectively look at both the benefits and the real criticisms that need to be directed toward naturopathic medicine.